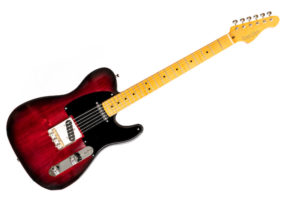 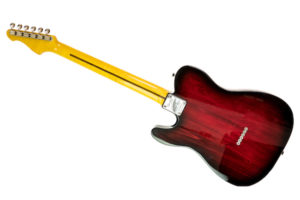 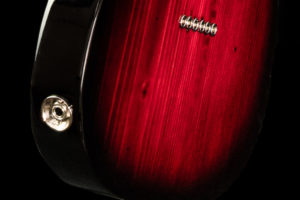 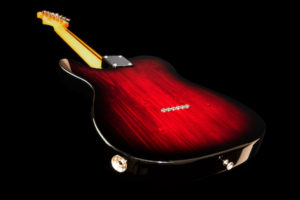 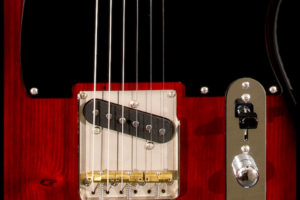 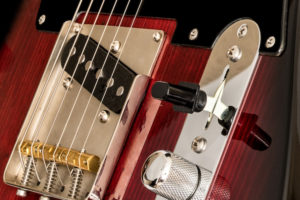 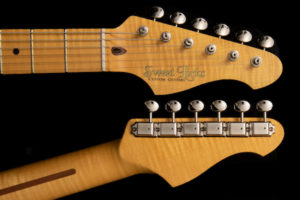 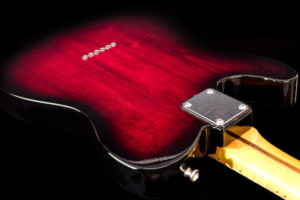 The Brothel Series “T” Style Guitar is a custom built homage to the world’s oldest profession. This guitar is made from the wood of the walls, ceiling and floors of an 1853, gold rush-era bordello in Jackson, California.

HOW THE WALLS OF A GOLD RUSH ERA BROTHEL BECAME A GUITAR:
We learned about the wood from a Craigslist ad posted by a man named Adam, who bought the building that housed an infamous cathouse from the Gold Rush days in a California Mining town. He bought the building to remodel and rent out, and wanted to sell some of the wood. The amazing story of the wood being from a old bordello caught our eye, so we went out to Jackson, California to see the wood and check out its raunchy pedigree.

The property, sitting on the original old Main Street, stands just a few blocks away from the Old West “Hanging Tree.”

Despite the front half of the building being remodeled years ago and now serving as a coffee shop, the upper floor of the building, which housed the brothel, was still entirely intact. In fact, the small individual rooms were still there, including the remains of fabric nailed to the wood walls by the girls to serve as make shift wall paper. Because of this, we had to remove a lot of the nails before carving the guitar bodies from the wood, so some nail holes are still seen in the guitars’ bodies.

We could also see where the floors had to be reinforced from the beds breaking through due to the workload they were under!

Well, once we saw the history of the town, the building and the wood…we had to have it!

Adam and I took the long wood planks over to his family’s farm that they have owned for generations. Wow! What an incredible place. The property went on for as far as you could see, and included acres and acres of collectible vehicles – some that had been there since the ’40s.

While we were cutting the brothel wood boards into manageable sized pieces, Adam stopped sawing for a moment, turned to me and said, “You know…it’s very possible this wood was originally cut from the trees by my great grandfather…he had a saw mill here about that time…”

What an amazing circle of life!
Get Your Playable Piece of History Today!

This guitar is #1 of an extremely limited series of just 12 guitars. Only 11 will be for sale. (The last will be kept by us.) Get this amazingly rare and unique guitar now, and save $1,000.